“The Scripture cannot mean more to you than it did to the original audience and original author.”  “To apply things written thousands of years ago to our own culture will only lead to error in interpretation.”

This is one of the latest attempts to undermine the authority of the Scripture.  Even on the surface these are nonsensical statements.  Basically, all Scripture means more to me than it did to the original audience!  Jesus had to open the minds of the disciples to understand the Old Testament (Luke 24:45).  Didn’t the scriptures mean more to them at that point than they ever did at the time they were written to Israel?  They began to see Christ in the Old Testament where they had never seen Him before (Luke 24:47).

Isn’t the gospel itself a revealer of things hidden?  The gospel is “the revelation of the mystery kept secret since the world began but now made manifest, and by the prophetic Scriptures made known to all nations, according to the commandment of the everlasting God.”  (Rom. 16:25-26)

Didn’t an angel tell Daniel, “Go your way, Daniel, for the words are closed up and sealed till the time of the end.” (Dan. 12:9)

The very nature of Bible prophecy is that it is meaningless to the original audience, but revealed by the Spirit to later generations who see its coming fulfillment.

Doesn’t Isaiah 53, the prophecy concerning Christ’s redemptive work, mean more to us than it did to the Jews that lived 700 years before Christ?  What about Psalm 22, which describes the crucifixion of Christ hundreds of years before crucifixion was a known form of capital punishment?

Peter addresses this very subject in 2 Peter 3.  The ENTIRE CHAPTER is devoted to comforting the ‘original audience’ concerning the end times and not losing hope simply because the events of Christ’s return are still in the future.  He even declares, “do not forget this one thing, that with the Lord one day is as a thousand years, and a thousand years as one day.” (2 Pet. 3:8)

The motivation behind the premise that Scripture cannot mean more to you than it did to the original audience is simple.  Certain false teachers have an agenda and Scripture gets in the way of that agenda.  Thus, if they can arbitrarily and subjectively eliminate chunks of Scripture that contradict them, they have a clear path for their error.

We are not dealing with old manuscripts that have no relevance to our generation.  The Scripture is alive and there is spiritual relevance in every word.

For the word of God is living and powerful, and sharper than any two-edged sword, piercing even to the division of soul and spirit, and of joints and marrow, and is a discerner of the thoughts and intents of the heart.  (Heb. 4:12)

The ‘original audience’ may not have gleaned even a portion of what has been revealed to us today.  Don’t be persuaded to dismiss the Scriptures because you didn’t happen to be there when they were written.  Living words have no expiration date.

For whatever things were written before were written for our learning, that we through the patience and comfort of the Scriptures might have hope. (Rom. 15:4) 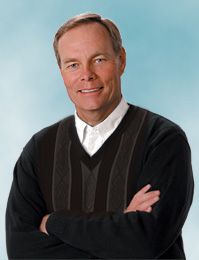